Numberblocks Wiki
Register
Don't have an account?
Sign In
Advertisement
in: Heroes, Discussions Moderators, Has a right and a wrong way of pronouncing and/or has nicknames this user likes and/or dislikes to be called,
and 155 more

"We are the Learningblocks Wiki Superheroes! We fight vandalism, morons, and bad grammar!"

This user is a member of the Hero Team. Nothing can stop them... I guess.

This user moderates the Discussions and anything related to that.

Foof on the Floof, Making Friends, The Treasure of Hexagon Island

I have a Scratch account though i'm not really active on Scratch and i rarely make some Scratch projects, also, this is me as a Numberblock :v 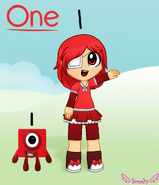 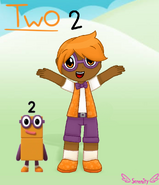 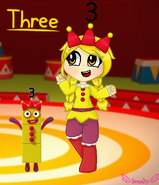 Note: I'm not a big fan of Numberblock Three but i don't actually hate or love her, i'm neutral to her

Say NO to DYM CIDS.

This user is part of the ANTI DYM CID SOCIAL CLUB. This user would like to tell you that he/she is fighting to put an end to the notorious dym cids.

“No Let's Go Luna!, no Abby Hatcher, and no Fortnite.”

“Yes to Koopalings! Yes to Super Mario Bros.! Yes to Dumb Ways to Die! And yes to Animals!”

“No ABBW! No Mr. Maker! No Fetishes! And no The Deadly Six!”

This user thinks that Larva TUBA is worse than Naruto because Larva TUBA is so disturbing, gross, annoying, extremely cringe, ugly, uncomfortable, inappropriate and idiotic that this user hates it more than Breadwinners and Let's go Luna!.

This user thinks that Animal abuse is worse than Animals because this user really hate animal abuse so much because that's heartless and it make her feel very sad.

This user thinks that McDonald's is worse than Beverly Hills because this user has mercy to animals.

This user seems to really hate Cleo and Cuquin.

This user seems to really hate Noella the Numberblocks Fan 2008 and Karen.

This user thinks Dumb Ways to Die is better than Let's Go Luna!.

This user thinks Little Witch Academia and The Owl House are better than Happy Sugar Life.

“IT'S CARE BEARS, NOT SCARE BEARS!”

This user is part of the IT'S CARE BEARS AND NOT SCARE BEARS FOUNDATION. This user wants everyone to know that Scare Bears is a Care Bears creepypasta.