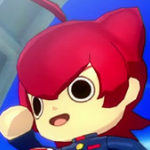 Reason: My PAGE and do not edit it

"Sorry, Koolgal, but the actual beth't boi and beth't gerl are not Leaky Louie and Lindsay, they are Reanimated Ron and Boing Boing Betty! And the smellee boi is not Handlebar Harry, it's Teen Titans today. - Louie the Leaky

This user thinks that the beth't boi is actually Reanimated Ron and the beth't gerl is Boing Boing Betty. Meanwhile, they think that Teen Titans is the Smellee boi.

"Wait, isn't that extremely weird to ship Mandy(s) with Mandy(s)? Scratch that, I'm not shipping Sandy Mandy and Handy Manny!"

This user thinks that it's weird to ship Sandy Mandy and Handy Manny, due to them both being too dumb. Klooks.

"Look, I may be supernova idiotic, but regardless, I can't find any other sqoorrel gorls which are basically cyoot or stuff like that. If you hate it and you called it worse as Asphalt 8, HAO DAAAAAAAAAAARRRRRRRRRRRRRREEEEEE U!!"

Regardless of BLEH I DON'T KNOW, this user ships Marshal and (guess the character).

And, err yeah, Jessie is not the smelly boi. Blitzy and Koolgal are really horrible shippings. Credit to Saranctha for icon.

"DON'T GIVE UP, IT'S A LITTLE COMPLICATED! ALL TIED UP, NO MORE LOVE, AND I'D HATE TO SEE YOU WAITING."

"Wake up to WARIO!!! Clear the game to stop the alarm... AND KILL THE MAGONS." 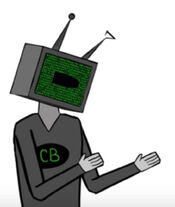 "Every Magon has a right to die, and so do Cractyls."

This user agrees that WARIO HAS JUST CRUSHED THE MAGONS AND CRACTYLS. 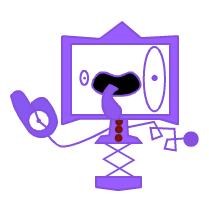 Shō no naka de no seikatsu-sha, tokei ni tachimukau junbi wa dekite imasu! Watashitoisshoni iru hito? ! Translation: HOLIVER IN THE SHOW, READY TO WORK AGAINST THE CLOCK! WHO'S WITH ME?!

That was weird. You meant Name, right? 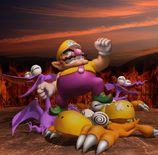 Retrieved from "https://numberblocks.fandom.com/wiki/User:MrYokaiAndWatch902?oldid=142676"
Community content is available under CC-BY-SA unless otherwise noted.