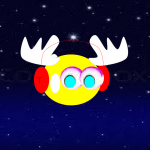 *twenty one:is a Trpile luck step squad who was made to be the sixth new member that fifteen wants to join in her crew and can be most lucky member in the crew. He has red round eyes with 2 rainbow eye brows like fourteen. Red mouth,2 rainbow legs. His left arm is also rainbow while his right arms is dark red. When he is in his step shaped his rainbow eyebrow disappear and he is wearing an indigo step shaped mask like fifteen exacpt bigger.he can split into the first 6 numberblocks.

*twenty two:is the second soccer player who was made to be eleven's rival. She has black round eyes on her side like six. and lips with black limbs.her legs are wearing orange sneaker with white laces for perfect for playing soccer. She also has an international flag on top of her head because soccer is an international sport to play with.she has her own soccer ball like eleven And a red whistle hidden inside of her.

*twenty three: he has 2 orange round eyes with curvy orange eyebrows. He also has orange lips and limbs.when he first appear he spotted twelve and eighteen and decided to be a super rectangle too but turn out since he is a prime number the only rectangle he can makes a vertical and horizonal line. He get upset that he can't due it and think of him as useless and a noone but then the other prime number appear and help cheer him up that he is not the only one that is the odd one out.

*twenty six: loves to learn his abc and every of his 26 blocks has one letter on him:vowel are red and consancts are light blue. Since y can be both,it is green. he has eyes on the side of his head just like six With orange lips,wearing a gradation hat and green limbs.he arms a black stick with a purple ball at the end to point with.he appear when the numberblocks wants to learn about each letter and has to go to school with 26 being the teacher

twenty seven: loves to be in a cube form. He first appear in his 20 and 7 form and later arrange to 1x4 1x5 and 3x6. Until later becomes in his cube form. He has magenta square eyes with magenta four horzisonal indigo long eyebrows,lips and limbs. He is my favorite character.

twenty eight:beside having 20 white blocks with orange border and 8 magenta blocks like his other artstyle. He has one red blocks,two orange blocks,three yellow blocks,four green blocks,five cyan blocks,six indigo blocks and seven violet blocks. he has a

Retrieved from "https://numberblocks.fandom.com/wiki/User:Animaljamrock123?oldid=108341"
Community content is available under CC-BY-SA unless otherwise noted.