20 has a apricot body with two oval eyes and a rose pink mouth. He has titian limbs and has an ebony Numberling on top of him. He also has plum purple, wide, oval glasses a snow white bowtie and a lavender, carrot coloured hat on his 10th block. He also has a salmon and milk white cane.

He is a tango dancer who likes to strut his stuff and dance the Two Tens Tango. He can also split into a chorus line of ten tap-dancing Twos ("the Ten Twos Hot Shoes Show"; this alter-ego appeared in Twenty's namesake episode and three others (Flights of Fancy, More To Explore and Two Times Shoe Shop). 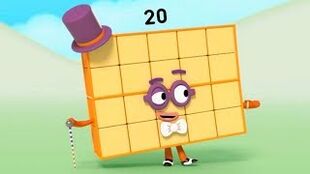 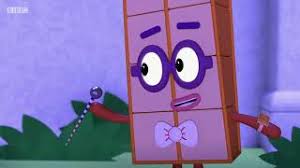 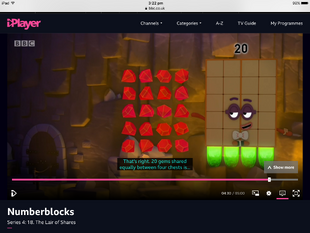 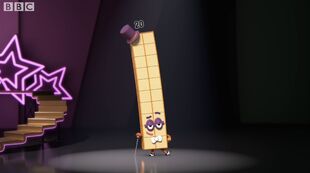 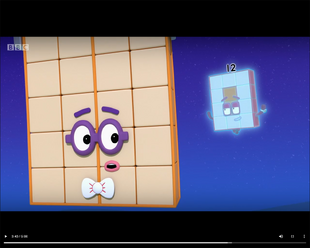 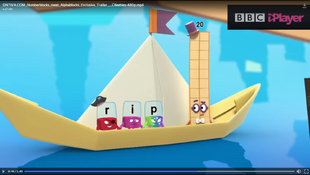 That's a nice paper sailboat you got there. It would be a shame if it was, say... ripped... 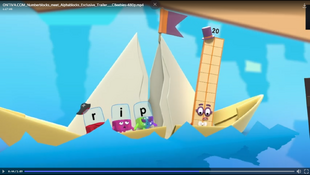 20 in the group shot
Numberblocks characters
Community content is available under CC-BY-SA unless otherwise noted.
Advertisement