TSRITW's first design is yellow with three triangular eyes. According to him, he likes playing video games and can add up four Numberblocks in his front, back, left, and right. He's also a cuber.

Arifmetix's design has sky blue blocks with 3 lilac blocks which become the 3 center blocks that 27 sneezes out when standing 3x3x3 (cube).

Animaljamrock123's Twenty-Seven has 20 tan blocks with orange border and 7 rainbow blocks. He has dark purple limbs and long rectangle eyebrows, a lavender mouth, and square eyes. He loves to be a cube and is obsessed with cubes, if he finds any.

SquaresGuy's design is 3 shades of grey and the shades are on every nine.

ThatGuy30722's design of Twenty-Seven isn't too different from most 27s. He's a cube as he's 3x3x3. He loves cubes and hates flat things.

Lola Rose's design of Twenty-Seven is a cube and has two faces and sometimes they have an argument.

Maplecream101's design is not a cube. He really wants to be an artist just like 17. Usually when he tries to paint, it gets a little messy. For some reason, he is scared of 4, 9, 16, 25 etc. because they are square. It is still unknown why he is afraid of squares. He is also very kind to 3, or other 3s. He might hate squares but LOVES triangles and actually succeeded into making a masterpiece that was made of triangles. 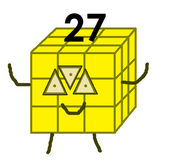 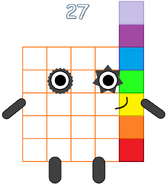 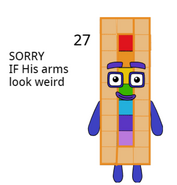 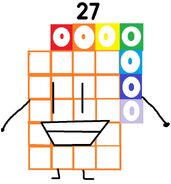 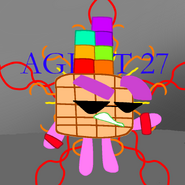 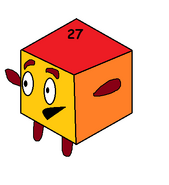 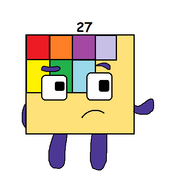 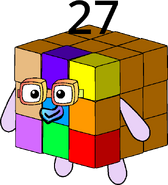 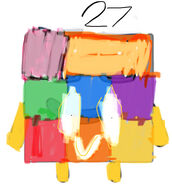 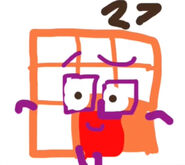 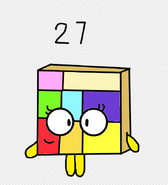 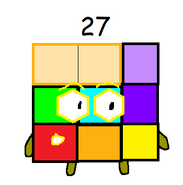 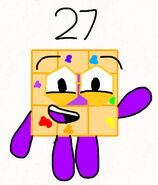 Smartyplants's Figured Out 27(who likes to play Basketball)

Davidmama's Figured out design of Twenty-Seven (Normal and Cube) 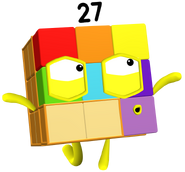 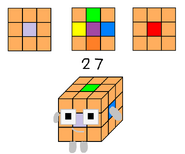 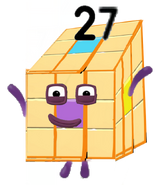 Made by tvokidz_a and also uploaded this image on this account. 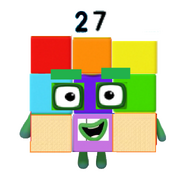