“This won't do! I'm Twenty-Eight! I want to be the biggest!”

This page is about upcoming media. the template will be removed once it is announced.

Apricot with Orange Borders and Pink

Twenty-Eight or 28 is an upcoming Numberblock with 28 blocks.

Arifmetix's design of Twenty-Eight is a quadruple rainbow. He has light gray lips, limbs and when standing 5x5+1[>]1[>]1, he has 3 legs.

Lizzy The Tiger's design of Twenty-Eight is a classical music composer. He has 20 white blocks with orange borders and 8 pink blocks. He also has a black tuxedo and a purple bow with rainbow colors. He has pink arms and legs.

Animaljamrock123's twenty-eight has 28 rainbow blocks. He has rainbow limbs with his left arms having a magenta party display. magenta eyes with 2 thick rainbow eyebrows and mouth. He is another super rectangle and when he gets in his step shape form, his thick rainbow eyebrows disappear in he has a rainbow step-shaped mask on.so he acts like a speedy superhero who will save the day. 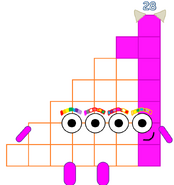 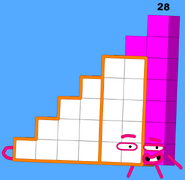 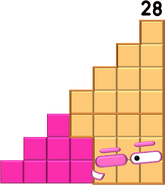 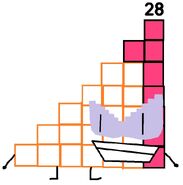 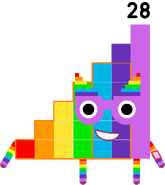 F.roldan's Twenty-Eight (note that he recreated CwaCor's to make his own design.) 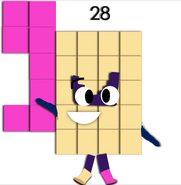 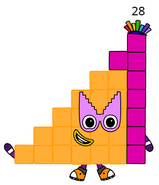 28 is confirmed to be a female. 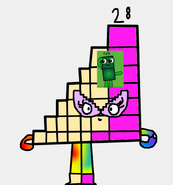 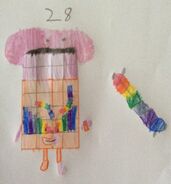 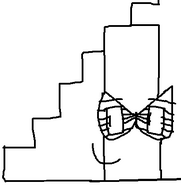 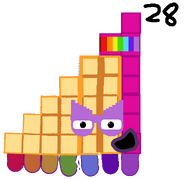 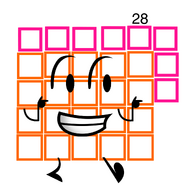 Ezeqohwe17790’s New Twenty Eight
Add a photo to this gallery

Retrieved from "https://numberblocks.fandom.com/wiki/Twenty-Eight?oldid=150964"
Community content is available under CC-BY-SA unless otherwise noted.