About the size of One when contracted limbs, as tall as Two when standing.

Three Times Table is a character in Numberblocks.

She is voiced by British singer and comedian Sooz Kempner. 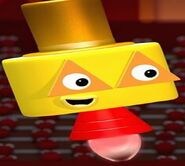 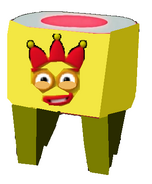 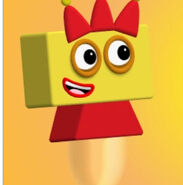 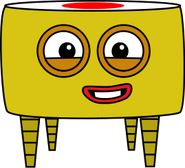 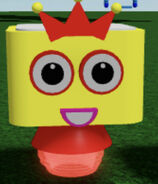