"Thirty-Six WANTS TO MUNCH US, CRUNCH US, GOBBLE US UP!"

This page is not protected. Edit at your own risk.

Reason: You should know better

This page is about upcoming media. the template will be removed once it is announced.

36 blocks
Thirty-Six is an upcoming Numberblock made of 36 blocks. They were mentioned on We're Going on a Square Hunt as 6x6, but officially appeared later in The Big One as a compound Numberblock. This continues until in More To Explore where their figured-out form appeared as a drawing.

Compound form: Thirty-Six is a Thirty and a Six combined.

Figured-out form: It is unknown if it's official, well in Six's drawing, they have a pink step-shaped mask because they are the 8th step squad. They also have square eyes because 36 is 6x6. 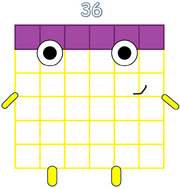 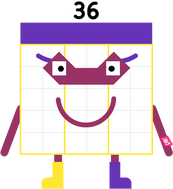 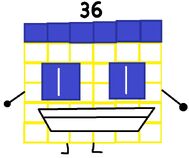 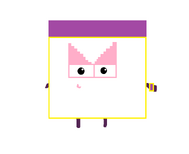 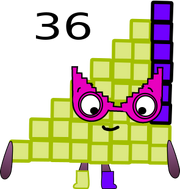 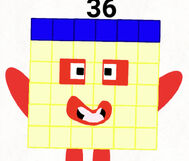 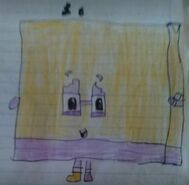 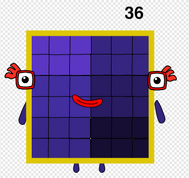 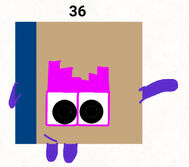 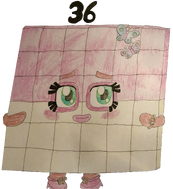 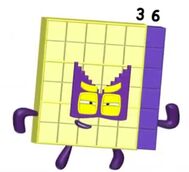 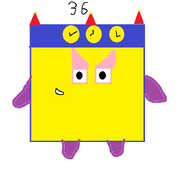 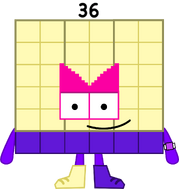 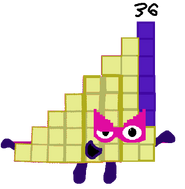 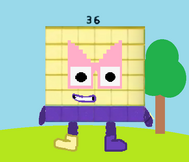 Retrieved from "https://numberblocks.fandom.com/wiki/Thirty-Six?oldid=152209"
Community content is available under CC-BY-SA unless otherwise noted.