Ten Again is an episode of Numberblocks.

When the number friends all want to do different things, Ten finds a way to do them all.

Ten rockets to the sky and sings about being ten. She sings about the numbers that add up to ten.

After the song is over, the others ask Ten what she wants to do today. Ten says she needs a nap. 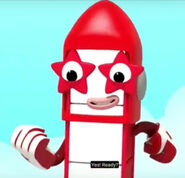 One, HELP OUT NINE! HE'S ABOUT TO SNEEZE!

Seven, what did you even eat?

6's dice blocks are different before they go to the store. 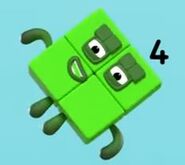 Also, Four, you have something green in your teeth.

Wait, hold on one hundred and twentieth of an hour. Before the 6+4 scene, Six has dice blocks, and Four's mouth is green, but before the 4+6 scene, Six has normal blocks and Four doesn't have spinach in his teeth. Weird. 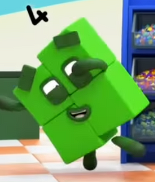 AHHHHH PART OF TEN! YOUR FEET WERE BLASTED!

HERE WE GO ONE LAST TIME!

10 is almost a pogo stick