Numberblocks Wiki
Register
Don't have an account?
Sign In
Advertisement
in: Contains an Episode Top Navigation Box, Partially Protected, Has the same name with something else,
and 5 more

Six is the sixteenth episode of Numberblocks and is the first episode of season 2.

A dice appears in Numberland. One counts the one block with one little dot. One shows this to Numberblocks 2-5.

Lo and behold, they become Six. Six goes to a magic mirror which creates another Six.

Numberblocks 1-5 meet Six. Six counts the six dots on the block, which she calls a die or dice.

In a rap, Numberblocks 1-6 act like the dots on the dice, Six tells them about games, and the Numberblocks dance. 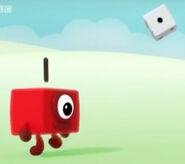 The beginning of the episode 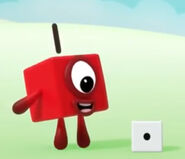 One sees a dice for the first time 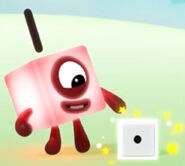 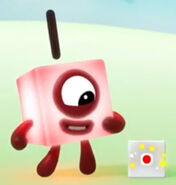 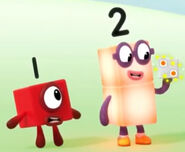 Four dots in a square!

And one more than five is...you will know after adding one 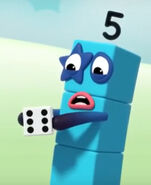 Five is SHOCKED to see that there are natural numbers larger than five! 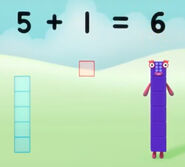 Time for some tricks! 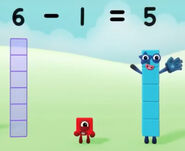 Let’s get One and Five back here.

That’s How I Roll 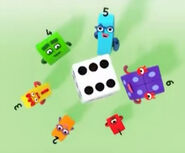 Good times are her goal...

“Your turn to dance” 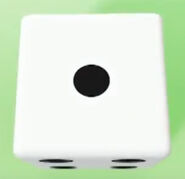 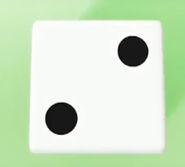 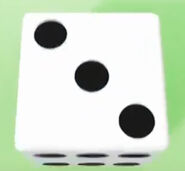 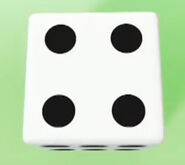 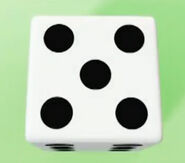 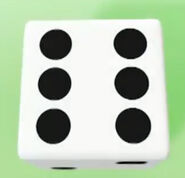 Time to put on my dancing shwos!

Six is in the mix!

Playin’ a new game every day.