Season 7 is the 7th season of Numberblocks, and the first season to air in 2021.

Now You See Us

The Many Friends of Twenty 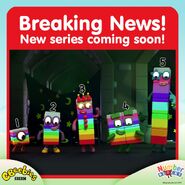 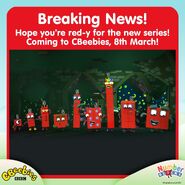 The default thumbnail used as a placeholder for Season 7 episodes before the real thumbnails appeared.
Numberblocks episodes
Community content is available under CC-BY-SA unless otherwise noted.
Advertisement