Numberblocks Wiki
Register
Don't have an account?
Sign In
Advertisement
in: Has the same name with something else, Episodes with songs, Contains an Episode Top Navigation Box,
and 5 more

Rainbow is the twenty-third Season 2 episode of Alphablocks.

O sees some drops of water falling from the sky. He sees it's starting to rain. He sees W, E, and T running in the rain. R, U, and N are running as well. U's umbrella blows away and O catches it. He sees F, U, and N jumping in puddles. S flies in and hold hands with U and N.

How can they reach the gold?

COG - C rides on a cog, but it doesn't reach the gold.

DOG - A dog appears. After turning rainbow-colored after jumping into the river, it instead digs for a bone.

HOG - A hog refuses to help.

LOG (star word) - A log appears to make as a bridge for the Alphablocks to cross the river. G, O,L, and D, cross the log to get to the other side.

They come to the gold, but O sees it too useless. They dump out the gold and use the pot as a boat to sail across the rainbow river. And all the Alphablocks sing a cheerful song once again. 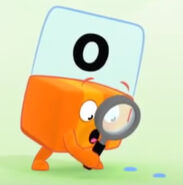 You will GET WET

RUN AWAY FROM YOUR FEELINGS!

O holding what a U should have 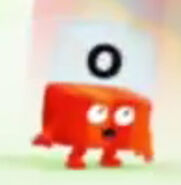 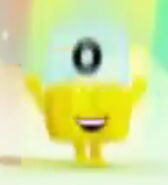 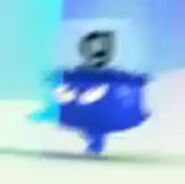 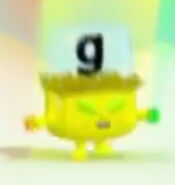 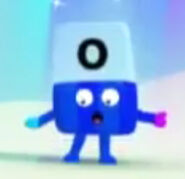 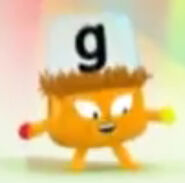 HOW IS THAT POSSIBLE!? A RAINBOW IS JUST REFRACTED LIGHT; IT’S NOT... whatever.

The past tense of read!

It may be a cool dog, but it doesn't have blocks, so it’s not a kewl dawg.

You could change it into FROG with a blend!

O is the same right-side-up or upside-down. 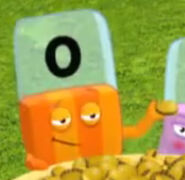 WHAT THE HECK WERE YOU THINKING!?

How’d they get rid of the log? AND WHY ARE ALPHABLOCKS IDIOTIC?
Alphablocks episodes
Community content is available under CC-BY-SA unless otherwise noted.
Advertisement