Numberblocks Wiki
Register
Don't have an account?
Sign In
Advertisement
in: Episodes with songs, Unprotected, Popular,
and 3 more

"Party is greater than flower!! Me like Party! DAHH!"

This page is about a popular character, episode or other sorts.

Party is the 9th Episode of Alphablocks Series 1. In this episode, P, A, R, T and Y need some help getting the party started.

Z sleeps at the start of the episode. P blows her tooter. Y holds a balloon. G and W meet up with P, A, R, T, and Y. G wonders if they're going to the party. R says, "This is the party, me hearty!" T, who checks his watch, says that the party started 12 minutes and 22 seconds ago. Y's balloon deflates. B and D join in, while P pops away. S joins in to help with the party.

How can she help?

There's no problem I can't fix

When I'm thrown into the mix

So just watch my muscles flex

I'm stronger than an ox

More cunning than a fox

We can’t have a GW Party without Garden Warfare. 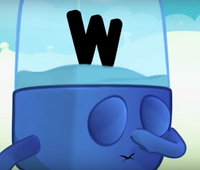 "We need someone to get this party going!"

"Did somebody say exciting?"

X has just made a photo negative world of Alphablocks. 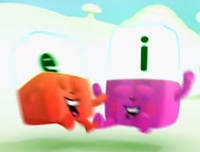 E and I bump into each other.
Alphablocks episodes
Community content is available under CC-BY-SA unless otherwise noted.
Advertisement