Unknown
When I becomes a police, she starts making rules, but goes abuse overdrive on U and others, using Alphablocks to help her arrest U. Soon U has to use the Alphablocks to save himself.

I attempts to sing but soon hears "nee-noo" noises. U runs past her but I touches U, with I saying that she can catch him. N ragequits upon being blocked by I. W enters, explaining what the heck W, U, and N are doing. I says it's against the rules. So they start to complain. A lands, I saying that merging is also against the rules. L comes in and tells the "lovely letters" to hold hands, but is interrupted by I, who says "no". Whatever. They hold hands anyway.

AW gains a siren and I becomes a cop. L asks what's a law. I explains. Then she places a "Keep off the grass!" sign. I arrests U, but N says that he's not even on grass. I bumps him.

Now U's ON the grass. I arrests U in the name of the "lawn", but corrects this. U runs away while I and AW give chase.

Although it's just a paw and not a pet, I arrests U again in the name of the "paw", but again corrects this. CHASE AGAINI!

The pencil draws a ball, stairs, and a bucket. The pencil then smacks U with the eraser side before disappearing. Now thanks to I U's violating these rules (unfairly). W deattaches from A and U lands, forming AU. Now basically U has to defend himself... by turning I's rules on herself.

I attempts to announce that she's going to arrest AU in the name of the- "pineapples!" P interrupts I and gives pineapples as gifts for pals who play hikes. I places a sign which is "Nothing which starts with P!", and P becomes uppercase. "Lovely letters, let's hold hands!"

"No unicorns! No jelly monsters! No ghosts!"

(if you noticed, the rules get even stricter, and abuse gets higher)

I becomes a ghost and arrests herself, even though N mentions that there’s no such thing as ghosts. Then the cardboard ghost mask plainly falls off of her. Again, I unarrests herself. H and N joins the chase after AU.This is where I's power abuse reaches its peak...

"No hills! No sky! No astronauts!"

I is launched. I arrests herself again. I comes back down, no longer a police officer. I suggests to play cops and robbers and now U is the cop. NEE-NOO-NEE-NOO!

What do we want? AIRPLANE NOISES! When do we want it? NIU!

Really? Merging is against the law? Well, when it comes to mobile games, yes. Merge games are usually idle, and IDLE IS EVIL!

“I arrest you in the name of the lawn- I mean LAW!”

Alphablock I, banning pets since Dog.

“No showers on the stairs!”

“No pretending to be police!”

Draw me a picture, I.

I arrests AU in the name of...

“And no cartoons that start with P! Now let’s see how you’d like it, you filthy swine and llamas in pyjamas!”

Let’s spell out the genius from Outopus! 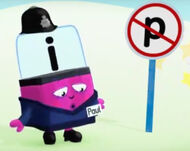 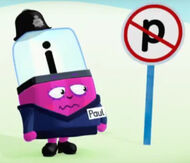 “I ARREST ME FOR STARTING WITH P!” Hey, that rhymes! 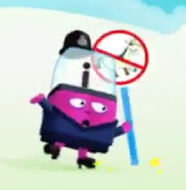 “How many unicorns can you see?” “Zero, because I banned them all!” 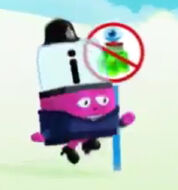 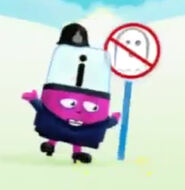 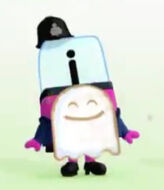 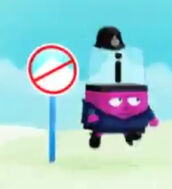 NO HILLS THAT ARE ALIVE WITH THE SOUND OF MUSIC! 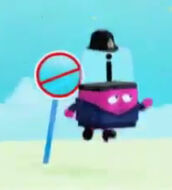 NO PERSONS WHO USED TO PLAY MINECRAFT! OR DOGS THAT FLY HELICOPTERS! OR FORENSIC SCIENTISTS! 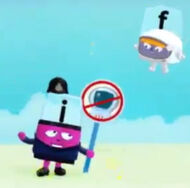 NO CONDITIONALS OR COCONUT WATER! 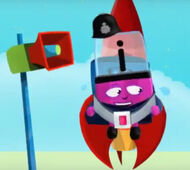 I ARRESTS HERSELF IN THE NAME OF HER LAW!

I learns her lesson: With great power comes great responsibility.

Now U is the cop!

Drau
Add a photo to this gallery

Retrieved from "https://numberblocks.fandom.com/wiki/Outlaw?oldid=178922"
Community content is available under CC-BY-SA unless otherwise noted.