O is the 15th letter in the Alphablock gang.

O is voiced by Lizzie Waterworth.

He is an Alphablock with orange stripes. He has wide eyes and no nose. He sometimes carries a magnifying glass.

O is curious, but not smart. Unlike other Alphablocks, he only says the "O" sound, either short or long, and also his name. 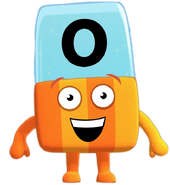 Capital O, as seen in UFO 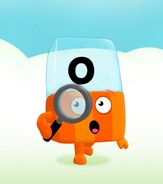 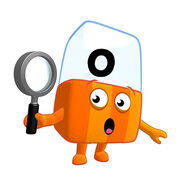 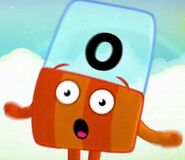 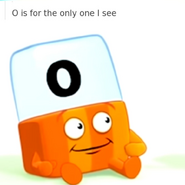 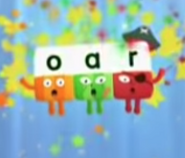 Trigraph OAR, as seen in UFO

Trigraph OOR, as seen in Alphalympics