Land of the Giants

Reason: too much vandalism

Land of the Giants

Land of the Giants is the ninth episode of Season 6 of Numberblocks. This is the 84th episode in the series overall.

Five and friends discover a way to make themselves ten times bigger!

Numbers 1-5 are with Fifty on a stage. Fifty is rocking out, before revealing a device that can be turned up to ten; and make anything ten times bigger. She turns them all up to ten, including the one with the block on it. All of the sudden, a Tens version of the Season 1 intro plays, but glitches out in the end.

The story first starts with Ten falling from the sky, as she gets up. A 10 numberling soon jumps onto her head, and she knows who she is now. After some counting, she eventually ends up at a tennis court. Realizing she needs to make friends, she finds the Magic Mirror and proceeds to create Twenty. One of the Tens proceeds to clone themselves to form Twenty. As they start their game of tennis, Twenty accidentally serves the ball too hard and tries to get it, but in the process slips on the spare tennis rackets. They soon add up to Thirty.

Thirty, being all alone, decides to use the Magic Mirror to recreate Ten and Twenty as they soon run back to where they started; though in the wrong positions. This causes them to miscount, as Twenty and Thirty swap places. Afterwards, Thirty states that she is the biggest; to prove her wrong, Twenty catapults Ten to her with his cane. This creates Forty.

Forty wants to find Oblongy, searching for him along with Ten and Thirty. Oblongy does eventually appear, as Forty picks up a stick. Unfortunately, by that time, he's gone missing again. Unable to decide where Oblongy went, he proceeds to split into the Terrible Twenties. Both of them proceed to tickle Twenty and Thirty, causing them to split into Tens. They retreat to the same stage from earlier, and meet with Fifty. Upon playing her guitar, she realizes that she set up the volume to Ten. She turns the dials back to 1, as numbers 1-5 decide to reenact the ending to the Numberblocks intro, with Squarey and Oblongy being in it. 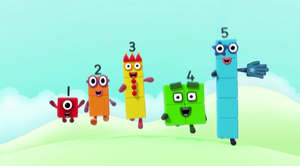 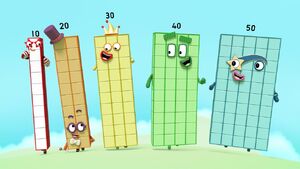 You can barely see the hills in the background. 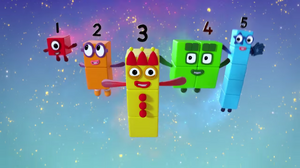 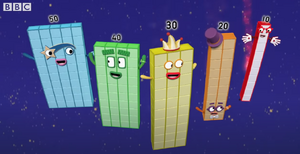 Note that all Numberblocks here lack legs and the night sky is differing in color. 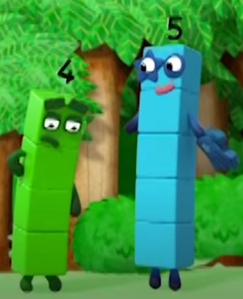 From the second part. Note Four and Five's pose. 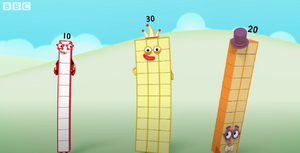 Before the Numberblocks miscount. Note how Ten and Thirty are positioned. 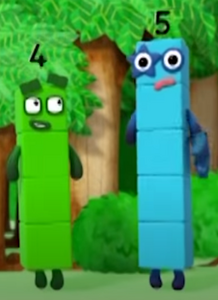 The aftermath (no pun intended). 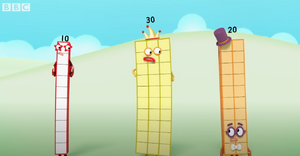 Do note that this only applies if you're counting the other parts except the first. 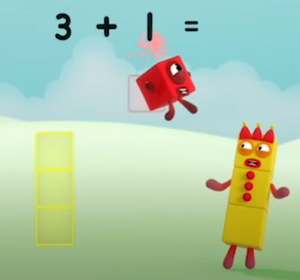 Note how Three doesn't move from her position and is in fact startled. 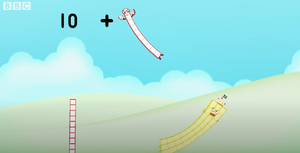 Here, it's the opposite, where Thirty does move. Also note that it's 10+30, and not the other way around. 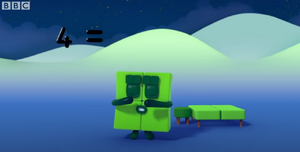 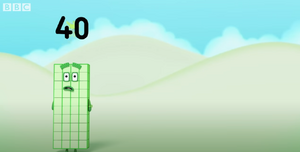