Numberblocks Wiki
Register
Don't have an account?
Sign In
Advertisement
in: Alphablocks Episodes, Episodes with “UCHEWS”, Gadsby episodes,
and 2 more

In is the 2nd Episode of Alphablocks Series 2.

The episode starts with I who is singing with her own letter sound as N tries to stop her from singing. She told N that she is the most "important" and "incredible" letter but N wasn't interested about it.

I brought S and T to come to make a word.

S, I, T sit down. But N was not interested about it.

I and N then hold hands.

I and N somehow go inside a red object as they float around along with T. They are inside some sort of a rubber dome before they realize they are trapped in a balloon. P pops in to help.

TIN - A pea tin can appears. P eats all the peas, but that doesn't help.

TIP - If you really thought they would get a tip on what to do, no. Instead the balloon rocks back and forth.

PIT - The balloon falls into a pit.

PIN (star word) - A pin appears. It WOULD'VE popped the balloon, but however, N does not want any more "nasty noises", so the pin disappears. Then, I starts singing out loud, so loud that it (somehow) pops the balloon! As P and T leave, N commented on I that she have a nice note. N is impressed... nearly. 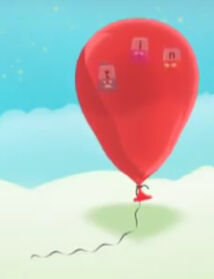 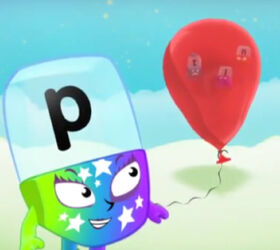 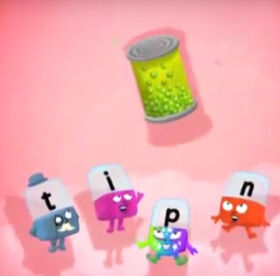 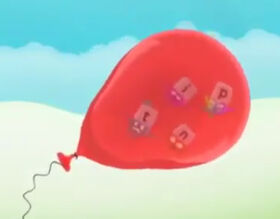 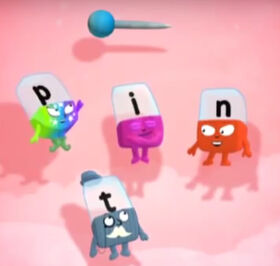 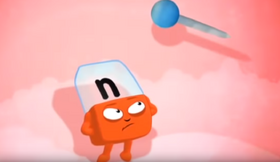 Dang it, N! You’ve ruined our only chances of getting out of here! 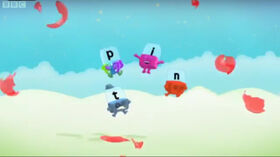