The Big One (compound) Square on the Moon (figured-out)

He is voiced by Rasmus Hardiker.

Eighty-One has 80 pink blocks with magenta borders and 1 red block, his eyes, mouth and his limbs are all pale blue.

Eighty-One is seen sneezing a lot as he is 9x9. He speaks in an elder accent.

81 in the group shot 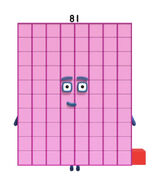 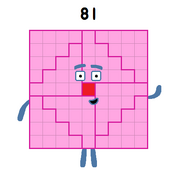 JingzheChina's arrangement of 81, which tells the fact that eight steps and One makes a square. 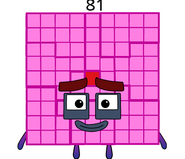 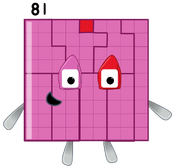 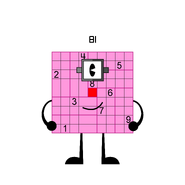 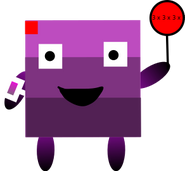 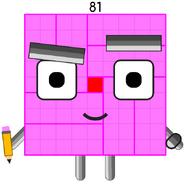 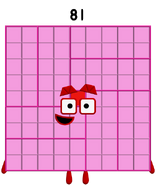 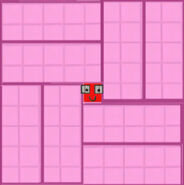 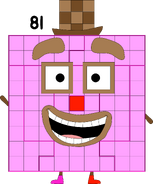 Punchcar's 81 as the square ranger of Square camp 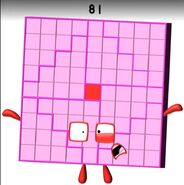 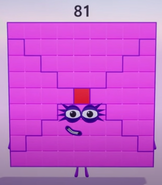 In We're Going on a Square Hunt, 9 alluded to him as '9 lots of 9'. He made an appearance in The Big One as a compound until his figured out form debuted in Square on the Moon.