Building Blocks is an episode of Numberblocks Series 3.

9 and 10 see something you don't see every day. It appears to be an alien, whose spaceship has crash-landed onto Numberland. The alien shows them her home planet, so 10 decides to blast off there. She starts to count down, but the alien stops her and tries to rebuild the tower. But instead it scans 10 and shoots out her shapes. They decide to build a tower.

The alien then scans 9 and shoots out his shapes, and 9 builds with his blocks. 6 and 7 admire their construction. They then get scanned and their shapes come out.

6 points up to the alien's planet that the aliens are building their own tower. Quickly, they build the tower bigger until it almost touches the top of the aliens' tower, but when the alien shoots out a 9-block shape, it accidentally falls off the tower and lands on the ground, causing the Numberblocks' tower to start collapsing.

6, 7, 9, and 10 call for help, when 8 comes. The alien scans 8, who starts rapidly building with his shapes, until the top of the tower falls. The Numberblocks 6-10 hang on to the top of the aliens' tower for dear life while the alien climbs them to his home planet. 10 says goodbye to the aliens as she, 9, 8, 7, and 6 fall with parachutes.

Now they're guilty that their tower's all over the place. They weren’t go to jail guilty, just sad guilty, so 7 suggests they could build something else.

The list of building blocks used in the tower is shown below. Rotation and reflection are ignored. The number after each building block shows how many times the shape is used.

Building a tower to SPAAAAAAAAAAACE! 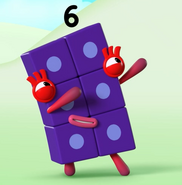 "Now our tower's all over the place!" 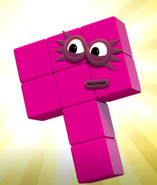 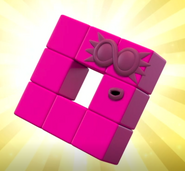 The square donut is back!

10’s “Chipped Off a Corner” arrangement 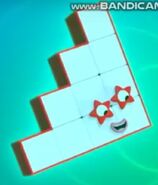 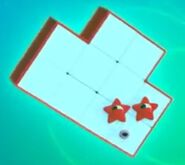 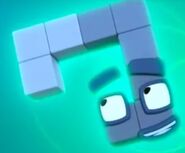 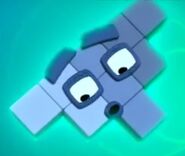 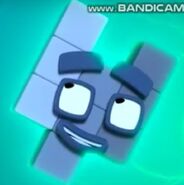 6’s “Bit of a Bolt” arrangement 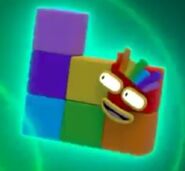 7’s “Sticked Out a Bit” arrangement 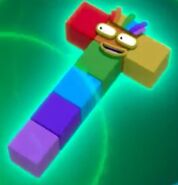 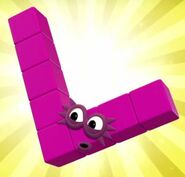 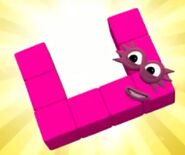 Just hangin’ in there.

“Did somebody say help?”

The Numberblocks build... something. 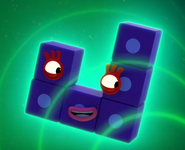 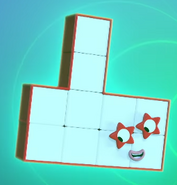 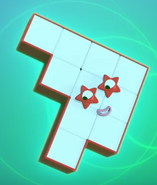 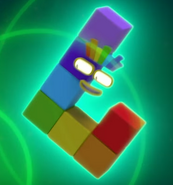 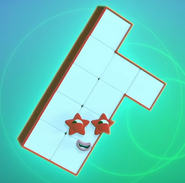 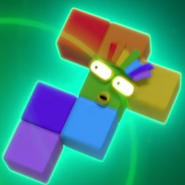 7's "Not a Wrench" arrangement 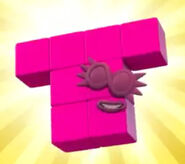 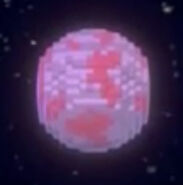