He is a Happy-being-me super rectangle!

(Credit to Cloudy for the blocks) 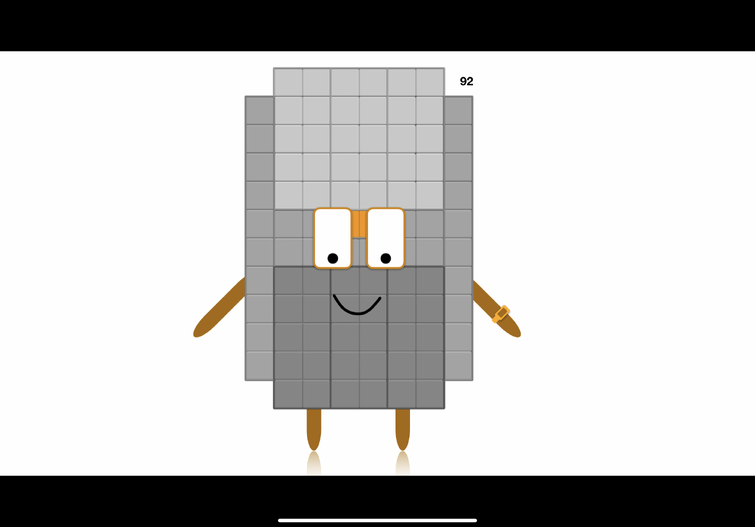 Here's a list of facts of the number to make you find the facts more easier.

Also, make sure the fact you apply to your 92 is appropriate for kids.

How about he like summer, because of “92 days of summer”?

That might confuse the kids and make them think 92 is a multiple of 31.

And plus, too many "calendar numberblocks" is gonna get cliche quickly.

@CloudyWithAChanceOfRainbows im out of ideas. After think about it for a while, all these are inappropriate.

Have you heard of something called a "reference"?

Her main trait is being a "super-duper-rectangle" with 8 factors. However, she has a side trait with the day and night theme- and they didn't even talk about time when 24 was figured-out, Twelve just randomly said "I can make rectangles all day" which influenced 24.

26 can also be an example, he isn't directly based off the alphabet, but he's an agent good at finding "hidden numbers", which sound like variables, which are usually represented with LETTERS. And they somehow managed to connect that with the double 13 thing.

92 could have a reference to radioactivity...

Oh ok, i get it. How about him being a scientist who studies radioactive chemicals? 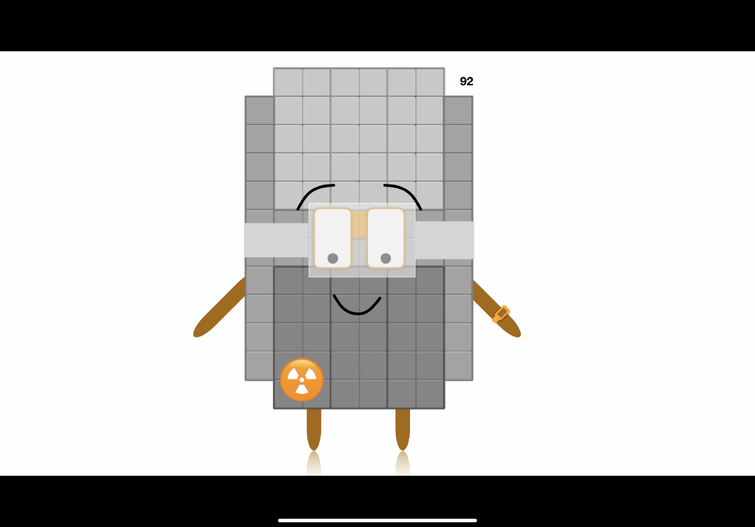 If that was in the show they wouldn't say it's because of uranium as Numberblocks is not a physics or chemistry show, but the design definitely works

What do you think?